Added 40 more pounds of water. This time to the baggage compartment. I’m walking the CG backwards a bit at a time from the 80.04 empty to the rear limit of 86.8. Takeoff for this flight was CG=84.3.

Due to a visual on heavy rain to the west, decided to takeoff and stay in the pattern for 30 minutes. After 30 minutes of doing 8 takeoffs and landings in the pattern, it appeared the rain wasn’t moving in or getting any worse so I picked up the flight plan and departed to the west. Wind was from the east and keeping the rain to the west from approaching. Experienced rain in the RV for the first time deliberately during this flight since I could dart into and out of the showers (this was light rain falling from clouds high above). No apparent leaks. Flew along the edge of a line of rain with clear to the east (Fredericksburg) and rain showers to the west (Madison/Greene). Darting to the North allowed me to get out over Rappahannock to the west and circle Mom’s house for a bit.

Rain pictures from the flight: 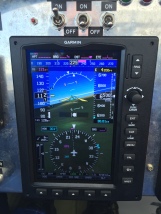 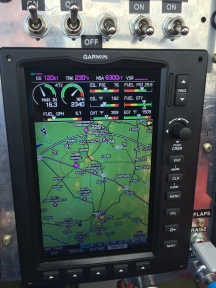 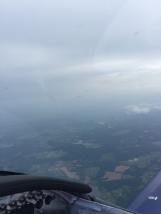 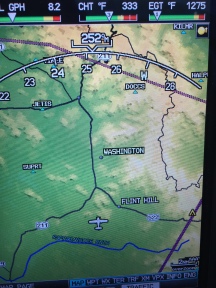 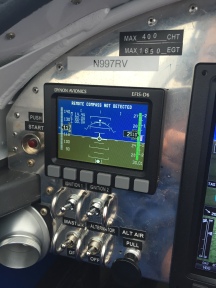 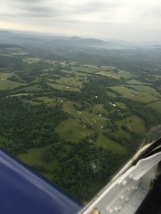 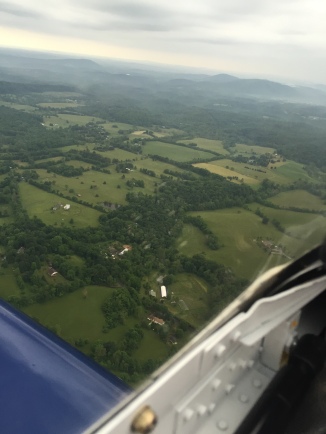 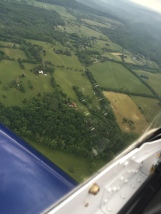